Birth of the band

√4 (Racine de 4) was born from the meeting of two musicians Édouard Guêt (vocals and rhythm guitars) Ivorian living in Aix-les-Bains (Savoie) and Bruno Arts (lead guitars) Haut-Savoyard born and living in Annecy.
The group's debut album, Sugar Bonbon, composed with Guêt, received unanimous enthusiastic reviews. It was notably the subject of a column in the Qualité France section of the famous Rock & Folk magazine.
This 13-track album is the result of mixing our 2 musical cultures.

November 28th, 2010, a meeting, the starting point.
It is about 5 PM, Edouard Guêt (Ivorian living in Aix-les-Bains) happens by chance at Bruno Arts (French-Swiss living near Annecy), in a corner of Haute-Savoie, lakes and mountains.
Guitars, jam, feeling, Black & White, √4 (root of 4) is borne.

Bruno Arts is impregnated with the spirit of Edouard Guêt's music, he composed counterpoint that fits naturally into the song. The musical spirit of √4 is here.
Like the Glimmer Twins (Mick Jagger & Keith Richards), Edouard Guêt & Bruno Arts wrote and composed the songs together. Edouard Guêt provides the basic rhythm and singing and Bruno Arts adds riffs, gimmicks, refrains, counterpoints,…

Also a writer / poet, Bruno Arts also brings a final touch to the spirit of French texts of Edouard Guêt.
The spirit of √4, is the meeting of two musicians who play their heart music without intellectualizing, within the feeling of the moment in perfect harmony and complementarity. This is also the meeting of two cultures, that of Africa and Ivory Coast with that of Europe and France.
Surrounded by experienced musicians, even virtuosos, recognized on the local scene (Eric Bailles - bass, Lionel Boyron - drums / percussion) or national (William Garcin - violin), a little over a year later, the group book Sugar Bonbon his first album. 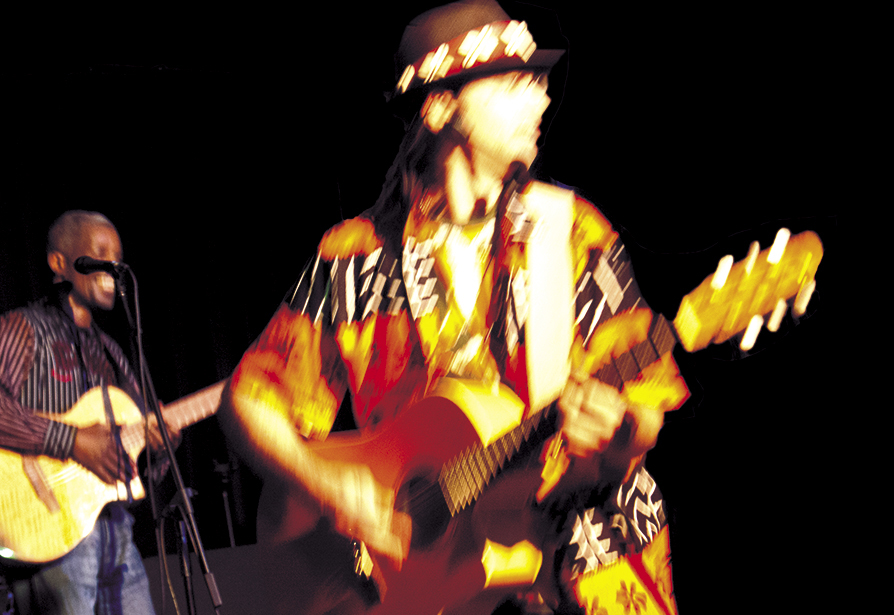 2 - The square root of 4 is 2, the group consists of a core of two musicians / songwriters / performers. They work together on the composition and song writing.
4 - On stage, the configuration is 4. The band thus surrounds at least a bassist and a drummer/percussionist..
√ - Musically, the band works a mixed music from Edouard Guêt & Bruno Arts and draw their inspiration from their respective roots. 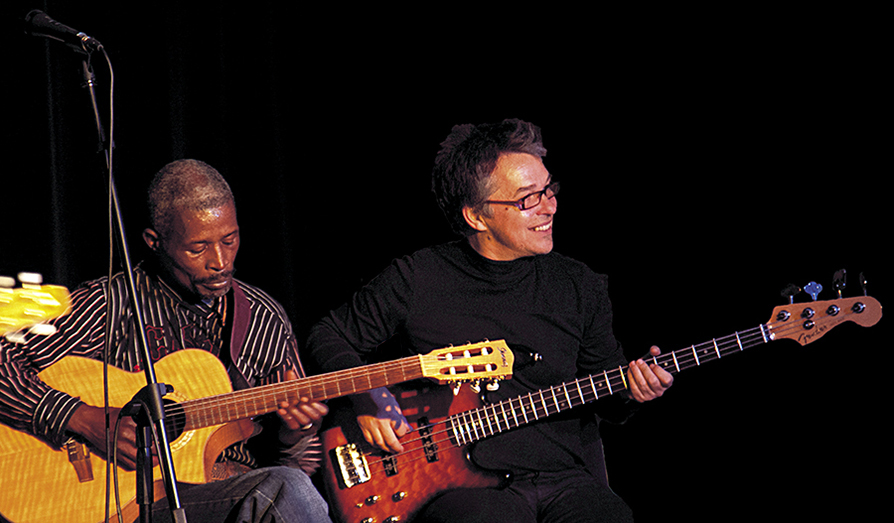 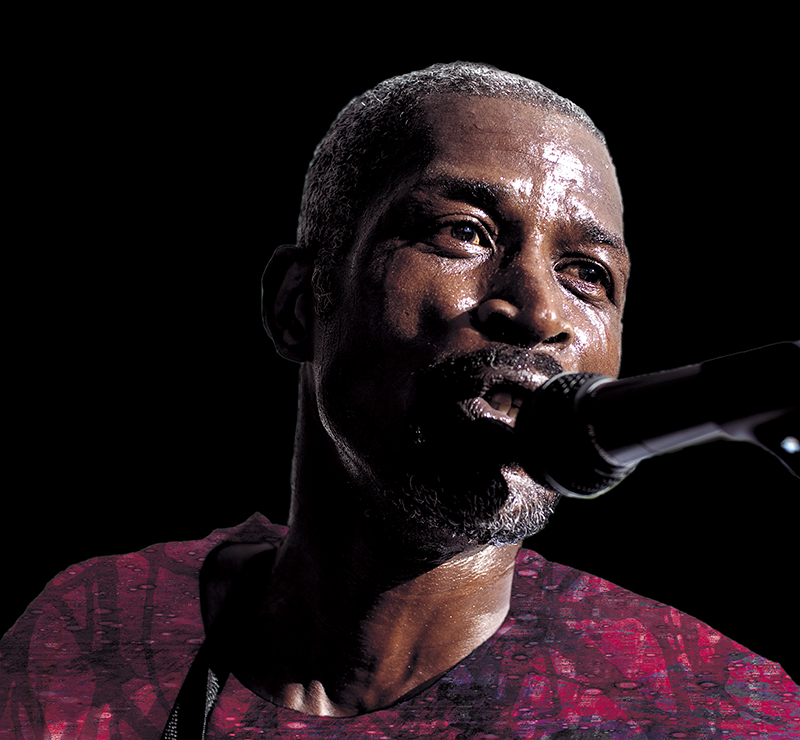 Edouard Guêt was born in Bingerville (outskirts of Abidjan - Ivory Coast) April 9, 1960. His family is from Bigoin, small village near the town of Man in the south where he spent the early years of his life. Then the age of 5 to 28 years, he lives in the district of Cocody in front of the RTI (Ivorian Radio and Television) where he met journalists and stars of African music. Thus is born in him the desire to make songs. At 24, he bought his first guitar. At 28, he moved to the United States where he stayed 11 years from 1988 to 1999. He will share his songs with many musicians, but have not made ​​decisive match, it not materialize his dream of recording a debut album.

In 1999, he decided to leave the U.S. for France, where the chances of life will lead him from Paris to Annecy and Aix-les-Bains. There he encounters multiply always looking for a musical bond. He decides to try his luck in his native country and returns to Abidjan from 2006 to 2009. But if his songs to his being courted by many musicians, he does not find his alter ego. Back in Aix-les-Bains, always through the chance, he will end 2010, the decisive encounter of Bruno Arts. Together they create the band √4 and record Sugar Bonbon, their first album. 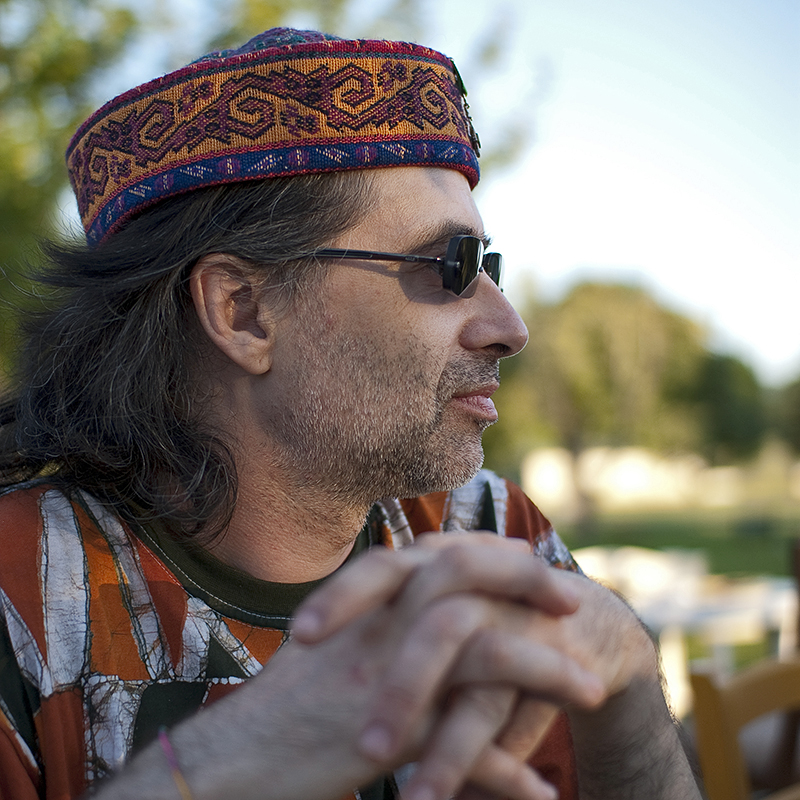 French and Swiss artist,Bruno Arts was born in Annecy (Haute-Savoie) October 27, 1964. Grand son of the famous guide and ski champion Alfred Couttet from Chamonix, better known under the name COUTTET CHAMPION (1889-1974), he finds his means of expression on a different ground than the Sport, the Arts. Self-taught, he is defined as a multimediartist. Focus areas are: painting, sculpture, photography, music and writing. At the age of 14, it presses its first guitar chords by Paul Colombo, his English teacher, who fascinated by the songs of Dylan, Greame Allwright, Cat Stevens,… in the texts taught in his classes but accompanying himself on guitar. Given the enthusiasm of his students, he created a small club guitar inside the college. Bruno Arts will go there and follow it diligently the teachings of his teacher. English guitarist.

In search of musicians also accomplices, Bruno Arts will try repeatedly to form a group but each time without success in the key. The meeting with Edouard Guêt, after an unlikely jam in his kitchen one late Sunday afternoon was the starting point for adventure √4. Adventure materialized just a year after that meeting by the studio recording of 13 tracks on the album Sugar Bonbon. 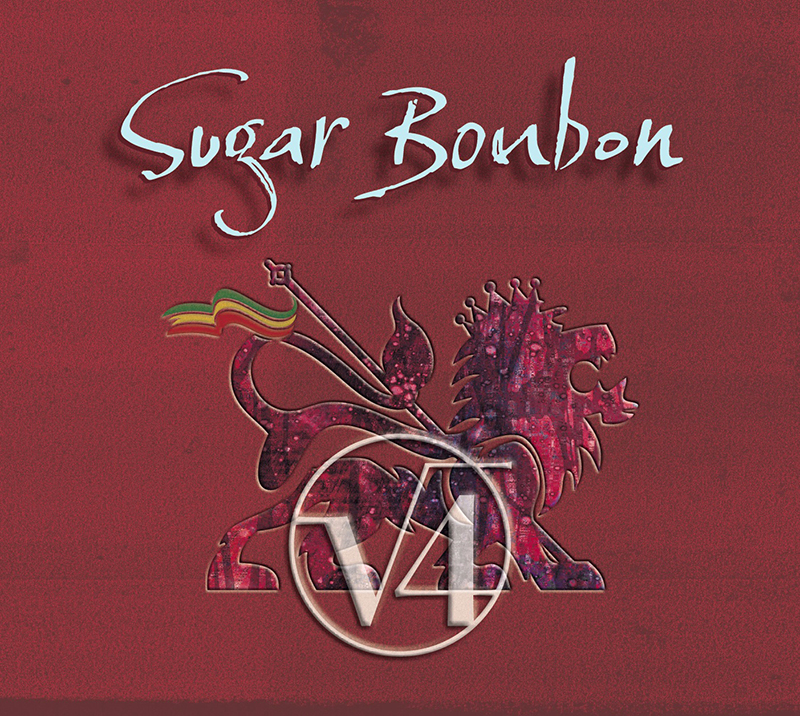 Sugar Bonbon is available on the main download and streaming platforms and also in Digipack and Collector's box via the Arthur'Rimbaud's online bookstore.

The name √4 (Square Root of 4) is the property of Édouard Guêt and Bruno Arts.
Bruno Arts (with its associated graphic elements) is a registered trademark of Bruno Couttet since 1994.

© √4 | Square Root of 4 | All our creations are protected by the French laws and the Intellectual Property Code: Code de la propriété intellectuelle.

MUSIC | All rights of the producer and of the owners of the recorded work reserved. Unauthorised copying, public performance, broadcasting, hiring or rental of my music are prohibited. | Piracy is punishable by law. 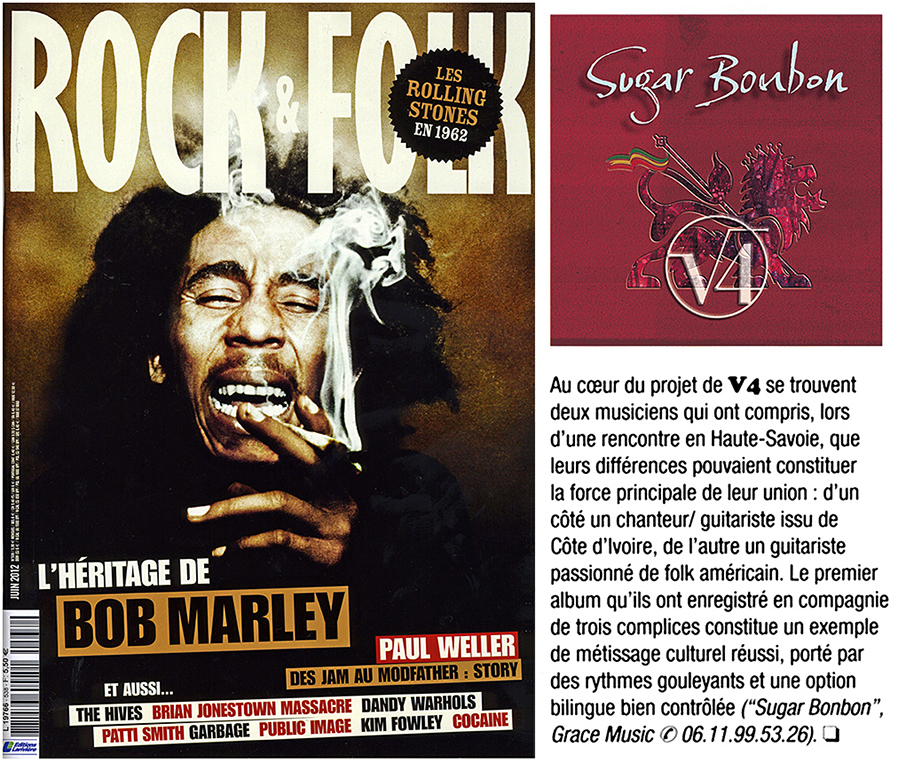